This food distribution initiative is led by a very special volunteer, a woman who, along with her children, fled from Donetsk in 2015. At the time, for several years, UHU had been supporting her family, until she got “back on her feet” and no longer needed our support. Recently, she contacted us saying she wanted to get involved in helping those in dire need. She just could not sit still and wanted to support others, like other people had supported her when she was in need.

A note from the local volunteer:
“`In dark times, some people shine` – this popular expression is very relevant in our times. There is an American organization, United Help Ukraine, that does not stand aside at such a difficult moment for Ukraine and is trying to help the Ukrainian people in various ways. Thanks to the group of caring volunteers, it became possible to distribute 200 packages of food and hygiene items to those who were most affected by the war that Russia wages against Ukraine. The aid was delivered to people of Klavdievo, Borodyanka, and other places. The packages were distributed directly to people, who were really grateful for this help.” 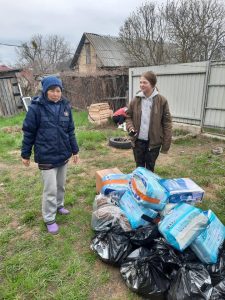 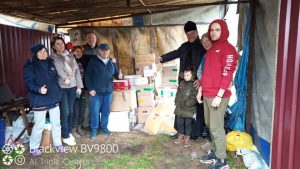