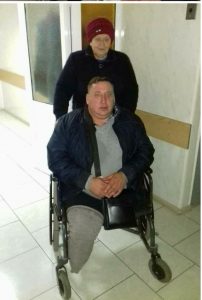 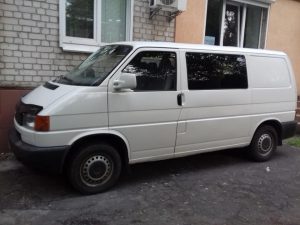 A few years ago, United Help Ukraine raised funds for a car for war veteran Ruslan Robert. This car is essential for Ruslan, who lost both legs fighting in the war. He has been using it heavily in his everyday life. Recently, the car needed repair, and United Help Ukraine paid $500 to repair the vehicle.

Ruslan Robert was drafted into the Ukrainian army in August, 2014 as a sergeant and served in the 93rd Mechanized Brigade where he was a machine gunner. For almost 3 months, before he was wounded on October 21, 2014, Ruslan spent fighting in the village of Peski, not far from the Donetsk Airport.