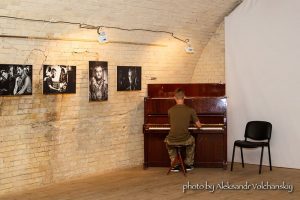 Exhibition “Life on ‘Zero'” is opened July 7-21 in The Kyiv Fortress (Kyivs’ka fortetsia). Photographs made by veteran of Donbas Battalion Yuriy Velychko show everyday life of the Ukrainian soldiers on the front lines. After July 21st the exhibition will travel to other Ukrainian cities.

On the video, Yuriy Velychko tells us how the idea of the project came about. At first, there were photographs that Yuriy had taken while serving in the Donbas Battalion in the ATO zone. Yuriy had had his personal exhibitions but then he realized that his named brothers, veterans, could join him and start telling about the war the way they see it. There is a lot of potential and talant in their midst and they can do a great deal together. This exhibition in Kyiv is only a start of the journey. 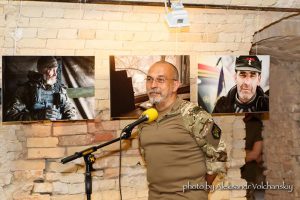 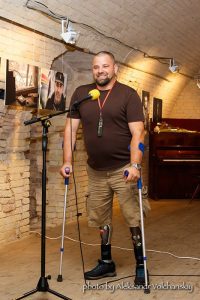 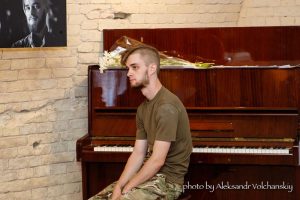 United Help Ukraine received a thank you note from the organizers and participants of this art project for the support and assistance in implementing the exhibition. As we reported earlier, $450 of UHU’s funds were used to print a set of booklets and photographs made by the war photographer and veteran of Donbas Battalion Yuriy Velychko.