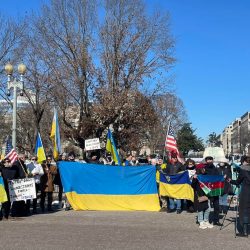 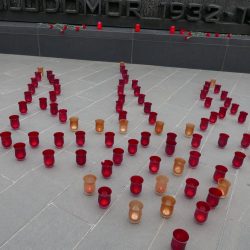 This Sunday afternoon, members of the Ukrainian community and friends of Ukraine gathered at the Holodomor Memorial in Washington, DC to honor the memory of the Heroes of the Heavenly Hundred who laid down their lives during the Ukrainian Revolution of Dignity.   The event opened with the song Plyne Kacha that was played on[…] 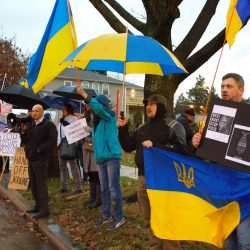 Ukraine is under attack again. This time, it is at the Sea of Azov. On Monday, November 26, 2018, US Ukrainian Activists (USUA) and United Help Ukraine (UHU) organized the protest against Russia’s aggression towards Ukraine. #RusssiaAttacksUkraine Photo credit Nadiya Shaporynska 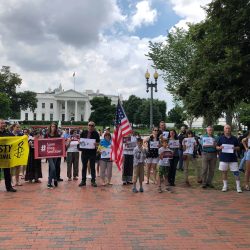 .Washington, DC joined the worldwide campaign to #SaveOlegSentsov. Today marks the 20th day since Oleg Sentsov is on a hunger strike. His only demand is the release of all Ukrainian political prisoners that are held in Russia. People around the world come together in response to Oleg’s action, and his voice gets amplified. We hope that[…] 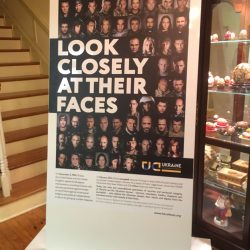 On Friday, February 23rd, members of the Ukrainian community and the American friends of Ukraine gathered at the Embassy of Ukraine in the USA / Посольство України в США for an event in commemoration of the Heavenly Hundred of the Revolution of Dignity. The Ambassador of Ukraine Валерій Чалий (Valeriy Chaly) spoke at the event[…] 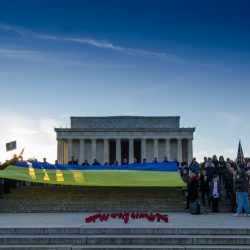 Ukrainians and friends came together to the Lincoln Memorial in Washington, DC on Sunday afternoon to remember the Heavenly Hundred of the Ukrainian Revolution of Dignity. The event opened with “Plyne Kacha”, speakers remembered the days of Maidan, the unity and humanity of the people who came to the central square in Kyiv to oppose[…] 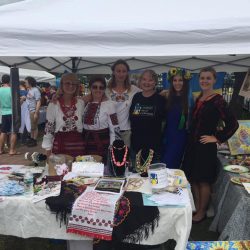 United Help Ukraine members participated in the Washington Ukrainian Festival held at St. Andrew’s Ukrainian Orthodox Church on Saturday, September 16. A total of $662 was raised from souvenir sales and donations. Also collected were several t-shirts of dark colors for front lines and new underwear and socks for Ukrainian defenders. Thank you to all[…] 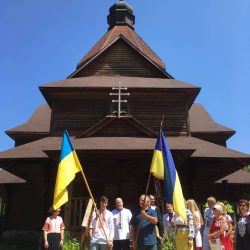 Yesterday, on a beautiful sunny Sunday, the DC area Ukrainians and friends came to the Holy Trinity Ukrainian Catholic Church to celebrate the 26th Ukraine’s Independence Day. The solemn ceremony honored the heroes who gave their lives to Ukraine’s Freedom, the soldiers who, at this very moment, defend Ukraine on the front lines. We celebrated[…] 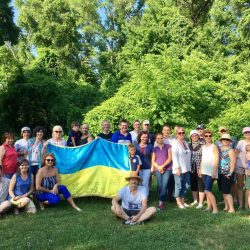 United Help Ukraine and friends spent a great day at the Fort Hunt park near Washington, DC, picnicking and enjoying each other in a warm Ukrainian way. We came together on this sunny afternoon to greet Ukrainian wounded soldiers who were visiting or staying in the US for rehabilitation – Oleksandr Kosolapov, Vadim Sviridenko and[…] 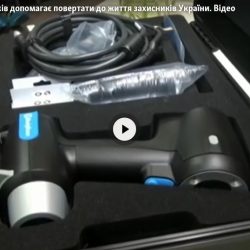 About a year ago, United Help Ukraine, thanks to donation from an anonymous donor,  was able to purchase the 3D scanner for clinic Nodus. The device helps doctors make precision orthoses for effective rehabilitation of damaged limbs of wounded soldiers. Recently, a reporter from the Voice of America visited Nodus and talked with doctors and[…] 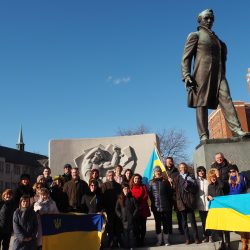 On Saturday, March 11, members of the Ukrainian community gathered near the monument of Taras Shevchenko in Washington, DC. People recited their favorite poems, both in Ukrainian and translated in English, talked about Shevchenko’s  life and works and about significance of the great poet to Ukrainian culture. Passersby could hear beautiful songs written on Shevchenko’s[…] 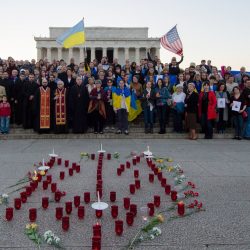 United Help Ukraine, in cooperation with the U.S.-Ukraine Foundation, Razom, the Embassy of Ukraine, and local Ukrainian churches, organized a memorial vigil in Washington, D.C. on Sunday afternoon, February 19, 2017, to commemorate the third anniversary of the sacrifice by “Nebesna Sotnya” or the “Heavenly Hundred,” who lost their lives during the Euromaidan protests. In February[…] 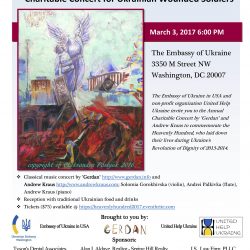 The Embassy of Ukraine in USA and non-profit organization United Help Ukraine invite you to the Annual Charitable Concert by ‘Gerdan’ and Andrew Kraus to commemorate the Heavenly Hundred, who laid down their lives during Ukraine’s Revolution of Dignity of 2013-2014. Please join us on March 3rd at 6:30 pm (doors open at 6:00 pm) for[…] 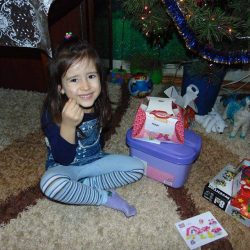 Volunteers from group “Children of Ukrainian heroes” had the idea that each child should find his or her Christmas present under the Christmas tree. So they did everything possible (and sometimes nearly impossible) to make sure the presents were delivered to the kids by New Year’s Eve. Then moms took photos of their kids with[…] 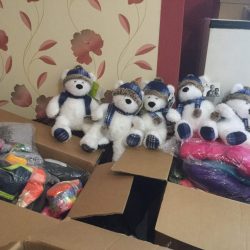 Dear Friends, we received a thank you note and Christmas greetings from the Ukrainian volunteers who delivered toys, winter coats and warm clothes to 60 children of Fallen and Missing in Action Ukrainian Heroes from the Volyn region. These are the Christmas gifts that you purchased back in November and early December based on UHU’s[…] 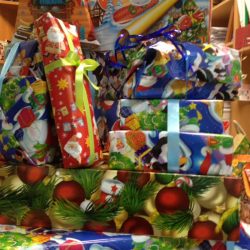 Dear friends, we have the most exciting news for you just in time for New Year’s Eve! UHU shipments with your gifts for children of Ukrainian defenders arrived just in time for the Holiday! What did you do in the morning of the last day of the year? Here is how the day started for[…]

1/15/2017 UPDATE: Report from the first group vacation is here! THEY CAME BACK FROM THE WAR We are always hoping that our soldiers would return home alive. And here they are. Home. Alive. Back from the war. Many are wounded, stressed, hunted by flashbacks and nightmares of the war… Others came back only for a[…] 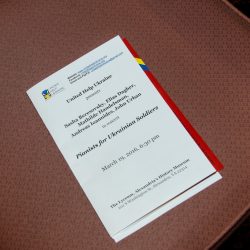 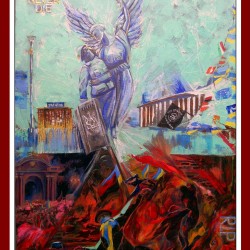 Heavenly Hundred Commemoration – Charity Concert by “Gerdan” This year marks the Second Anniversary of the mass shootings on Maidan during the Revolution of Dignity, Ukraine’s fight for Freedom. The Embassy of Ukraine in the USA, Gerdan and United Help Ukraine invite you to a charity concert to commemorate the Heavenly Hundred who gave their[…]