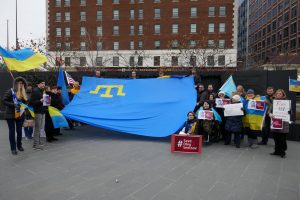 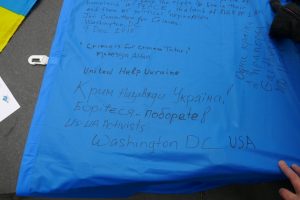 Today activists of the Washington DC area took part in an action in support of Crimean Tatars. This was a part of the global action “United by a Flag — #LiberateCrimea”, in which the Crimean Tatar national flag travels around the world in order to unite people of different nationalities and confessions who are not indifferent to the fate of the Crimean Tatars after Russia’s illegal annexation of Crimea. Today’s action was held near The Holodomor Memorial in the center of Washington, DC.
The flag was signed by representatives of the Crimean Tatars, members of United Help Ukraine, US Ukrainian Activists, and other activists.
It is not by a coincidence that the event was held on the eve of the 70th anniversary of the Universal Declaration of Human Rights, which guarantees freedom and personal immunity to every person. These days, the rights of Crimean Tatars are being violated in the Crimea, many of them were subjected to arrests and are being held hostages in the Russia’s prisons. Today’s event was also part of the global action #SaveOlegSentsov. We gathered to support Oleg Sentsov and demand that Russia free all its political prisoners. 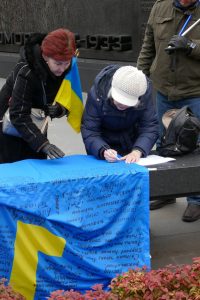 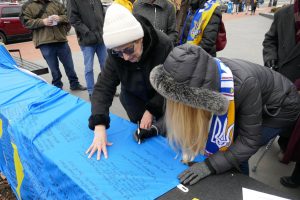 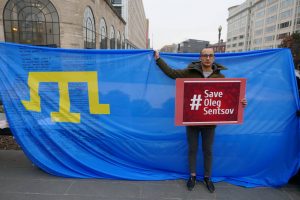 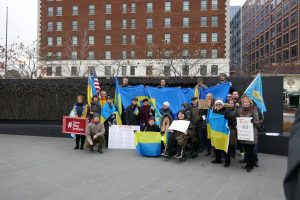 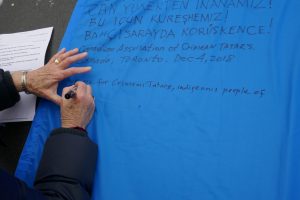