If you are looking to support Ukrainian veterans or children who lost their homes to war, there are currently five fundraisers dedicated to specific causes:

1) A fundraiser for Ukrainian wounded veteran Mykhailo (“Angel”) Lupeiko who lost legs in the war. We want to help Mykhailo to buy a car. The fundraiser goal is $6,000.

About: Before the war, Mykhaylo (Angel) worked as a stage technician in his hometown of Novhorod-Siversky. When the war started, he volunteered to the army. Mykhaylo had been fighting from the very beginning of the war and had gone through the hottest points. He was nicknamed Angel because he was always close by when his comrades needed him the most. He was wounded in August, 2016, near the town of Debaltsevo. Mykhaylo lost both legs. But he is one of those people who never give up. “I will return to the front lines and will run so fast I will overtake the Russian tanks while they will be retreating from Ukraine,” says Angel jokingly. (In the past, United Help Ukraine helped Mykhailo to buy accumulators for his wheelchair.) 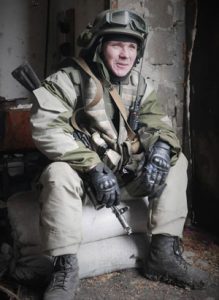 2) A fundraiser for Ukrainian wounded veteran Serhiy Khrapko. In the war, Serhiy lost his left arm and left leg. We want to help Serhiy with buying a car. The amount to raise is $2,000.

About: Serhiy lives in Kyiv with his wife and two young children. Like many others who suffered from this war, Serhiy is not a professional soldier. Before the war, he worked in a private company that was making and selling school furniture. Serhiy was a civilian citizen who had been called up to defend his homeland. He was drafted on January 31, 2015. At the time, his daughter was only one year old and his son was 7.  (Read how United Help Ukraine helped Serhiy in the past here and here.)

3) A fundraiser for Family-Focused Therapy: Christmas Trip to the Carpathian Mountains for 4-5 Ukrainian soldiers with their spouses and kids. The amount needed is $2,500. (See stories from the past four family trips here) 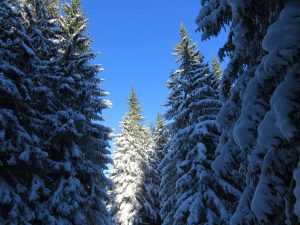 4) A fundraiser for the children of Rehabilitation Center “Point Zero” (Chernygiv Region). The amount to raise is $2,000.

About: This newly established center is home to single mothers with their children (29 kids, ages 1-18 y.o.), who lost their homes to war or other circumstances. United Help Ukraine has received 29 winter coats as part of “Christmas gifts for Ukrainian children” fundraiser and now would like to provide shoes and other clothes to those kids. 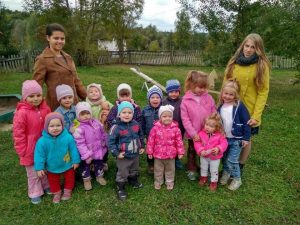 5) A fundraiser to buy a handcycle for Oleksandr (Sasha) Chalapchiy. The amount to raise is $3,000.

About: In October, Sasha completed 42K distance on a handcycle at the Marine Corps Marathon as part of the team of Ukrainian wounded warriors. We want to help Sasha to take part in the Invictus Games next year. To prepare for tryouts, Sasha needs a handcycle. Sasha is a handy man and if we buy him a cheaper used handcycle, he will be able to fix it and even will have fun doing so. Read more about Sasha here: http://fakty.ua/246605-za-tri-goda-poka-peredvigayus-na-protezah-myshcy-spiny-i-pressa-stali-prakticheski-kamennymi. 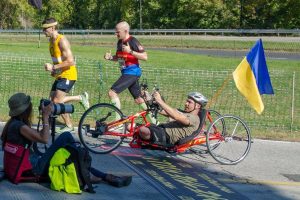