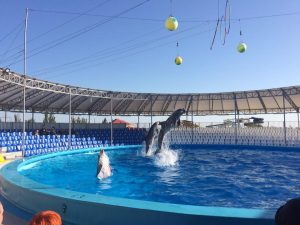 United Help Ukraine continues to support its Family-Focused Therapy program and sponsored yet another trip of Ukrainian soldiers and their families. The group that included six military families spent six wonderful days at a resort in Berdyansk, on the Azov Sea. This trip was held from September 29th to October 4th. (The previous three groups travelled to the Carpathian mountains.)

One of the participants of the Azov Sea trip was journalist and the wife of a soldier Iryna Sampan. She shared her thoughts on the importance of psychological rehabilitation and its current status in Ukraine in a recent article, where she also included her impressions about the trip as an example of how rehabilitation should work:

“I was fortunate enough to spend a week with veterans and their families on vacation on the Azov Sea. It was not just a simple vacation but it came with a built-in rehabilitation program; let me call it tentatively the “rehabilitation camp for veterans.” The group consisted of six military families that included soldiers from volunteer battalions, border guards, and the Ukrainian Armed Forces. The mandatory condition for being included in the group was that the soldiers and members of their families agreed to participate in the daily sessions with a psychologist; another condition was that no alcohol was allowed at any time during the stay. It was important that the psychological rehabilitation program included both the group work and individual sessions; that is, each couple would have to talk with the specialist at least once during this week.

The first pleasant surprise was that the facilities did not at all resemble some Soviet-style sanatorium with its peeled walls; it was a very nice resort, located almost on the beach. <…>

At first, the soldiers were skeptical when they heard the terms like “psychological education”: “Oh well! Why did we come here, now we are going to be “treated”….

However, they became more and more interested with every session. People opened up and stopped being shy, they cried and laughed, shared their emotions, memories or dreams. Together with their kids and spouses, they painted, worked with clay, traveled to local auctions and were buying things there. Interestingly, almost never the war was mentioned. Complaints about the difficulties and dangers of combat, or vice versa, glorious stories about unforgettable battles almost never were heard during this time. No one would ever engage in comparing their personal war experiences, although it was clear that each of the participants went through a lot during these difficult years. Each day was filled with various activities. We visited a salt room, a dolphinarium, zoo, we went on a city tour, were fishing, sailing a yacht. And we had a lot of conversations, conversations, conversations…” 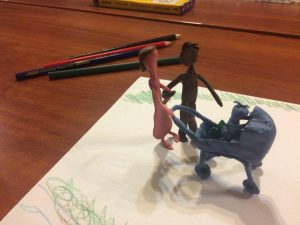 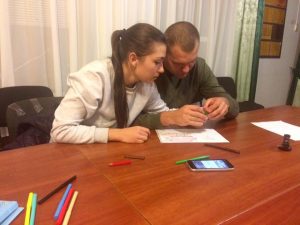