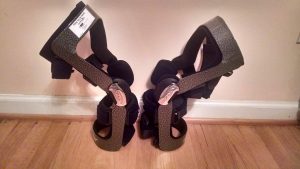 We are glad to report that, as planned, we spent part of the April 22nd piano concert proceeds to buy a pair of DonJoy Knee Braces for a soldier (total spent $800).

Yesterday, May 4th, the braces have been delivered to Oleksandr Chekalov, a soldier of battalion “Aydar”. After some necessary adjustments to get the braces fit properly and a consultation with his doctor, he was able to wear them and go to an active walk for several hours. Oleksandr reports that during the walk he did not experience any pain in his joints. In recent months, he has been suffering strong pain and was diagnosed with the arthrosis. He does say that he still needs to get used to the braces but the first experience was very positive in general.

The purchase and delivery were made in an expedient manner right after the concert because we wanted to catch the flight of our friend who was travelling to Kyiv from DC and was willing to help with the delivery. We also sent Osteo Bi-Flex vitamins to Oleksandr.

Thank you everyone who helped with the purchase and delivery!

Update (7/6/2017): Oleksandr told us that he feels discomfort because the braces chafed his knees; in June, we purchased and sent him DonJoy undersleeves to protect the skin and minimizing chafing. 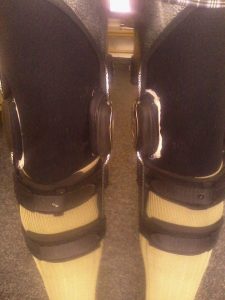 Undate (7/31/2017):We funded Oleksandr’s knee injection medicine Synocrom Forte One, recommended and applied by his doctor. 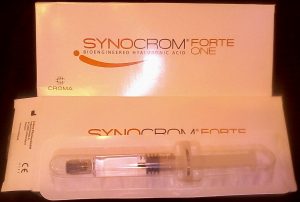 *****
Oleksandr Chekalov, from Luhansk, was among the first volunteer soldiers of battalion “Aydar“. He served as a scout and participated in many military operations that took place in the summer of 2014, starting from the first fighting in Starobilsk, then at Tryokhizbenka, Shchastya, and Novoaydar. The man in his fifties, Oleksandr spent the most difficult year in the war. His health deteriorated from the living in combat conditions. After the dusty toxic cloud from a mine explosion that barely missed him and left him coughing for months, he felt it was time to retire from the service at the combat zone and fix his health problems. He has been experiencing digestive problems and, for the last several months, has been suffering from excruciating pain in his legs. Doctors diagnosed arthrosis: “He had injuries that led to serious diseases, problems with the joints, especially in his knees and hip.“ Oleksandr hopes to avoid the surgery with the proper combination of medications and exercise. He urgently needs an expensive medical injections and knee braces to treat arthrosis and reduce the pain in his joints.